Renewable vs Non-renewable energy in the UK and Ireland (2014)

Hello, I study at Swansea University and have been tasked to create data visualizations for the global power plant database (GPPD). http://datasets.wri.org/dataset/globalpowerplantdatabase
I have come on here to ask how could my visual design be improved? 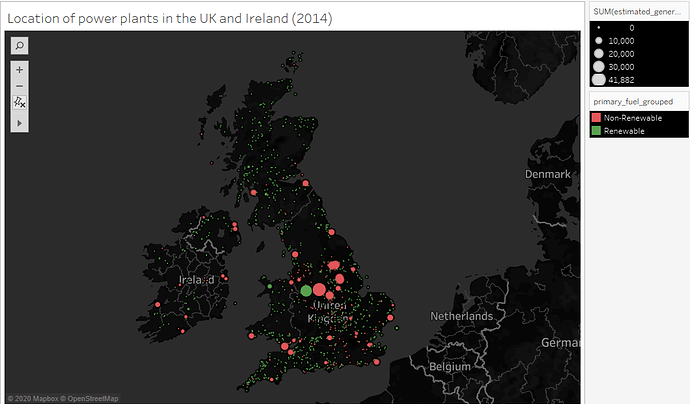 This is very interesting to see the distribution of renewable and non renewable fuel sources throughout the UK and Ireland, I like that it can be seen that Scotland relies a lot less on non renewable sources in comparison to England.

Perhaps some circles are a bit small which makes it difficult to see if somebody’s eyesight is not great.

Hello Adam, thanks for the feedback! I have made the minimum size of the circles slightly larger to make reading the visualization easier, but I do not want to make the size of the circles too large as it will become hard to differentiate how many power plants there are. Here is an improved version below, please let me know if this any easier to read. 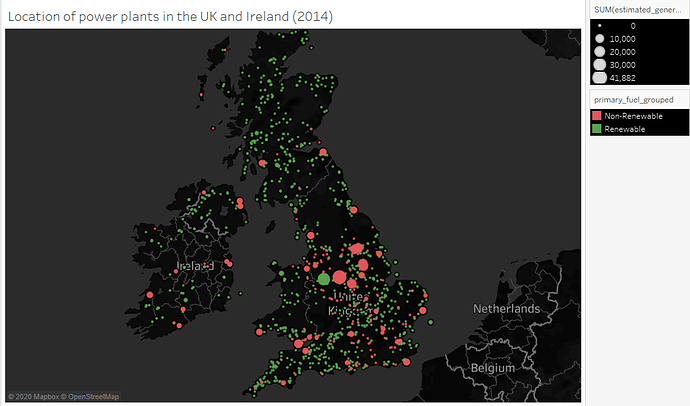