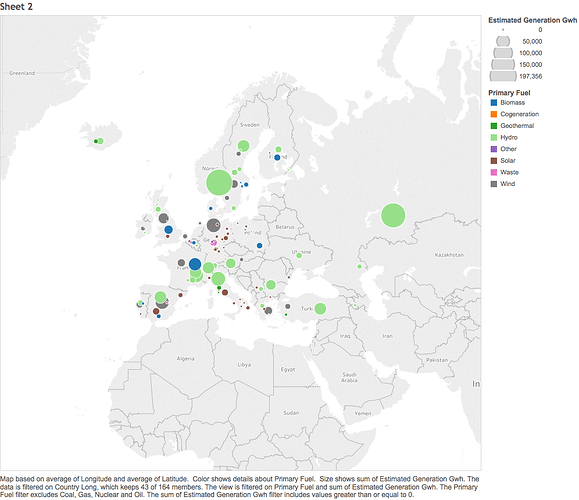 Unique Observation: : Hydro will be a massive contributor to renewable energy because of the many sources of having a large estimated generation of electricity

Solar is also a big contributor, but in a different sense, there is a lot of sources but they generate a lot less electricity separately than the Hydro sources

I would like some feedback on my visualisation:
Could I have represented the key bits of data in a more effective manner? If so how?
What interactive features could I implement?

Overall I like this visualisation, but here are some aspects you could improve on: