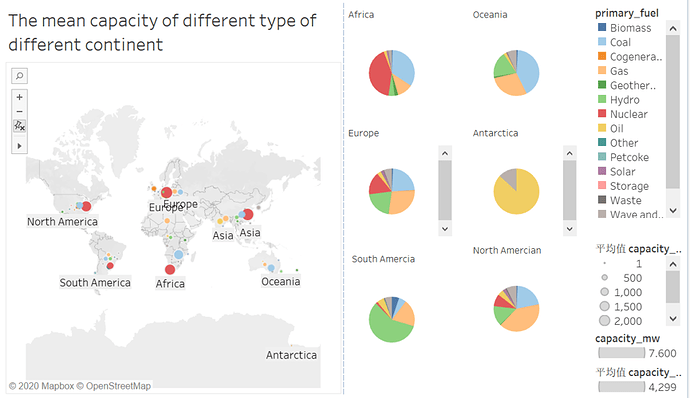 Country: All of the countries in the dataset

Year: All of the years in the dataset

Visual Mappings: This visualization consists of a topographic map and six pie charts. In the topographic map, according to the six previously divided continental plates, each plate depends on the form of energy power generation. Different colors represent different types of energy. The size of the circle indicates different capacity. The larger the circle, the more capacity. Six pie charts represent different types of energy on different continental plates.

Data Preparation: Different countries are classified according to their different continental plates. Then visualize their corresponding data.
question:
• Does my visual design make sense?
• Is my choice of color map optimal?
• How can my visual design be improved?